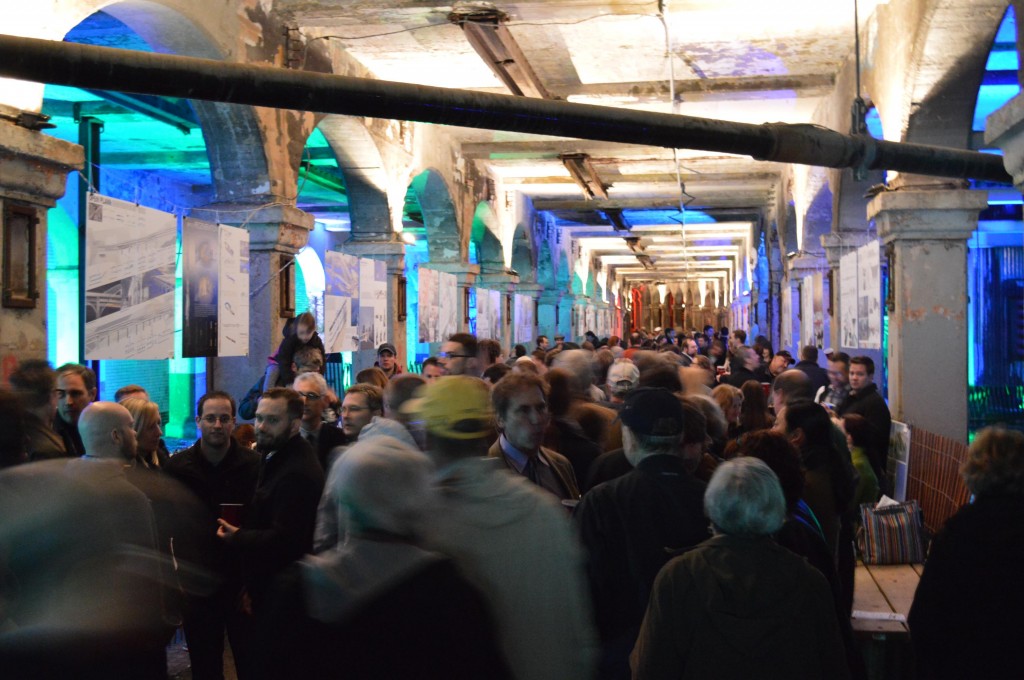 Dear Competition Entrants and friends of the Cleveland Design Competition,

Last evening (October 26th), Armando Carbonell, Senior Fellow at the Lincoln Institute of Land Policy and the Cleveland Design Competition Co-founders announced the winning submissions at the 2012 Cleveland Design Competition Awards Reception and Exhibition which was held inside the West Catacombs of the Detroit Superior Bridge. Images from the reception can be viewed here: www.clevelandcompetition.com/reception

Over the next month we are going to be diligently working on getting the full gallery of submissions up on the competition webpage (starting of course with the winners and honorable mentions). Thank you in advance for being patient with the amount of time it will take us to sort through the digital information and get the gallery up. In the meantime, the list of the other winners can be viewed here:
http://clevelandcompetition.com/2012-transforming-the-bridge/

Again we would like to extend our sincerest thanks to those that entered the competition and to also those who have been supporting, engaging and following the competition this year; we hope you will consider being engaged again next year; we are already hard at work at securing next years’ site and program!

If you have any questions or concerns, please do not hesitate to ask.

Congratulations and many thanks,